And why have I got her WW1 medals?


When I cleared my parents home back in 2015, I came across a collection of medals along with other memorabilia, mostly from the second World War.

In addition to dad's WW2 medals there were WW1 medals for both grandad Davis and grandad Harvey, and these two for someone called N.L.Barker. 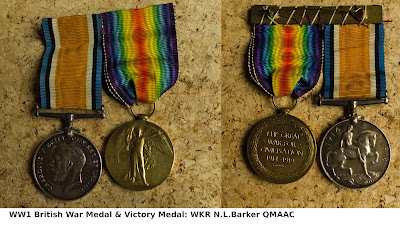 As "Barker" does not appear to be a family name, why were these medals kept safe & sound along with other items that were clearly important to my parents?

The QMAAC (Queen Mary's Army Auxiliary Corps) was a women's volunteer arm of the British Army established during WW1. 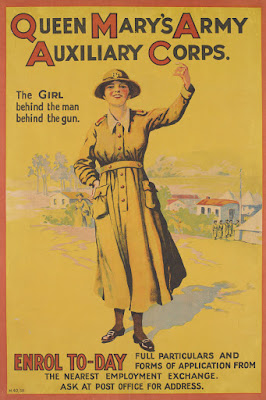 By taking several roles previously carried out by men, the QMAAC were able to free-up more men for front line duties. Most served in the UK but many went to France during 1917. The abbreviation "WKR" stands for "worker", so Miss/Mrs Barker was the lowest rank for this service. There were four sections: Cookery, Mechanical, Clerical and Miscellaneous

Thanks are due to ww2talk forum members ozzy16 and TD who were able to identify N.L.Barker as Nellie Louisa Barker. Her service Identity Number was 30600, and this number also appears around the edge of both medals. 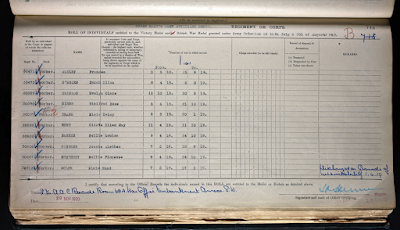 Much of the original documentation for the QMAAC was destroyed in 1940 by a German air raid. The only thing I could find in the National Archives was her Medical Record, which does not look to be of any use. 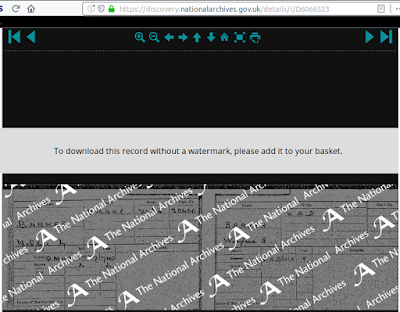 Initially I'd suspected that she was connected to my dad's family, and so was hoping to find a connection with Dorset or dad's home town of Sherborne. But there doesn't seem to be a link, so I am really no closer [at the moment] to finding out why we have these medals.

There was a Nellie Louisa Barker born 9th November 1896 in St. Martins, London. So there could be a link with my mum's family (Harvey) who hail from Dalston and thereabouts.

However, if she was married at the time of her service (which I guess is unlikely) she would not have been born as a "Barker".

The search for information continues...