Dad must have sent and received hundreds of letters during the war, but few have survived.

Here are 2 letters from 2 of dads younger sisters written in January 1944. The paper is not very crumpled, so he must have taken very good care of them until he returned home to England. 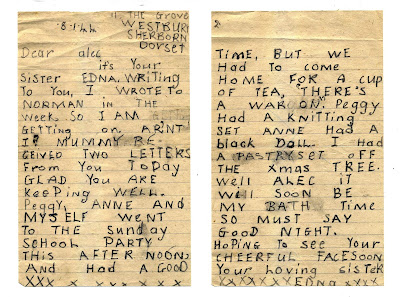 I love the comment about the lack of tea, with Edna reminding dad that "...there's a war on".


This letter from Peggy illustrates the universal problem of getting children to do boring things, like write letters. 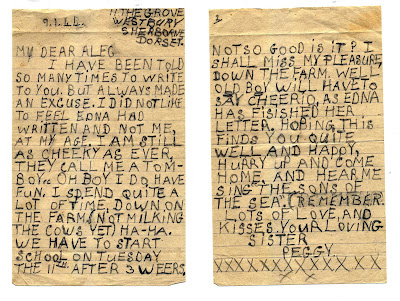 
Mum was keen on the work of Winifred Emma May, better known by the pen name Patience Strong.

She sent Patience Strong cards, magazine & newspaper cuttings, and framed pieces like this one to dad. 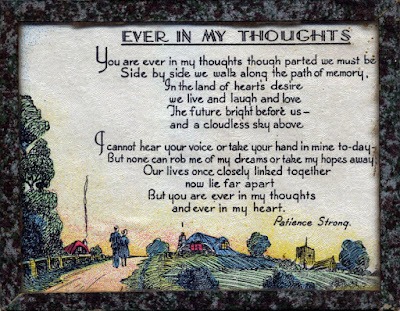 Dad must have also taken good care of these, as several have survived.


We also have a few 'photographic' letters, which I think are called Airgraphs (British) or V-mail (USA).


Essentially, the original letter was photographed, transported as a negative, and then printed at a reduced size. This process had the benefit of reduced costs (increased capacity) as the negatives were much smaller & lighter than the original paper letters.

Reprinting the letter from a negative at 60% of its original size also reduced the amount of paper used. Unfortunately I need a magnifying glass to read such small print.


For a while I couldn't imagine how the following two letters (which dad wrote to friends who were also serving in the forces) had ended up in dads possession. Then I discovered the envelopes that had originally been used to send these letters.

This first one is to Syd Pullen; 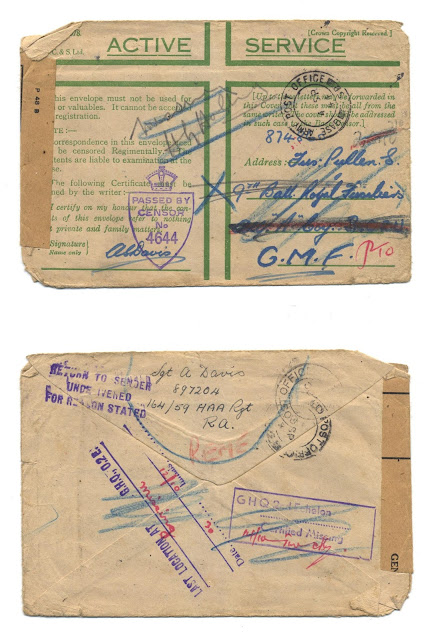 As you can see, the letter was returned to dad because Syd was classified as "missing". 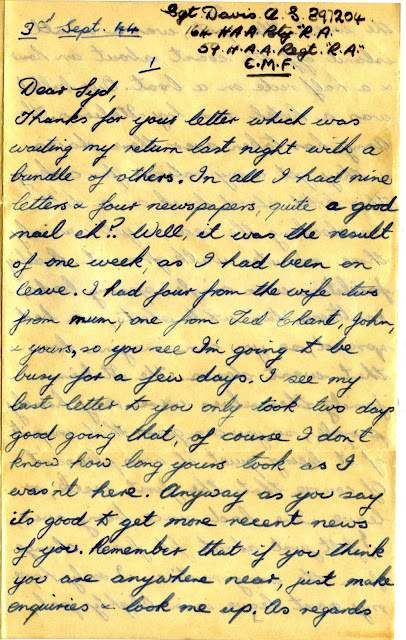 Dad seems to have censored his own letter, possibly years later, using a ball-point pen. The scrubbed out word on page 2 is "piss". Maybe he felt the responsibility of being a man with a young family. 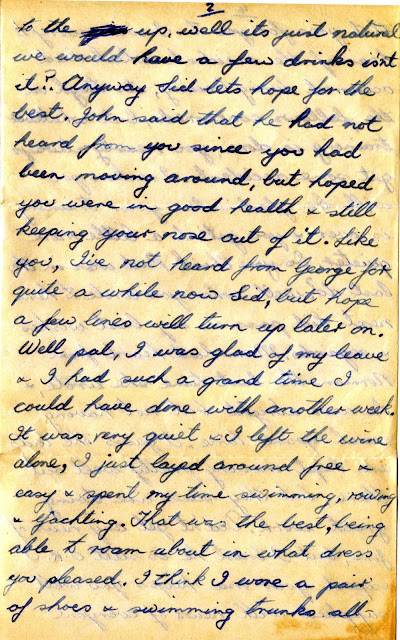 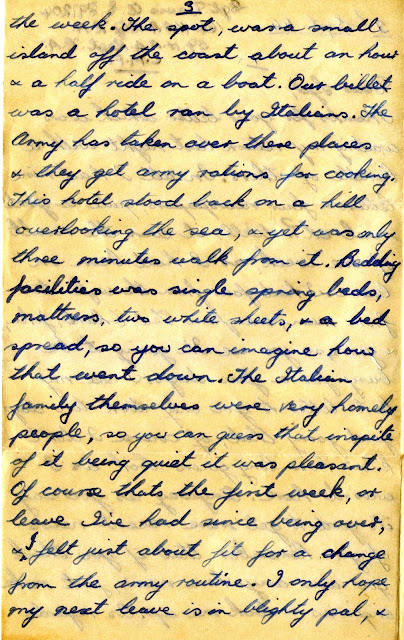 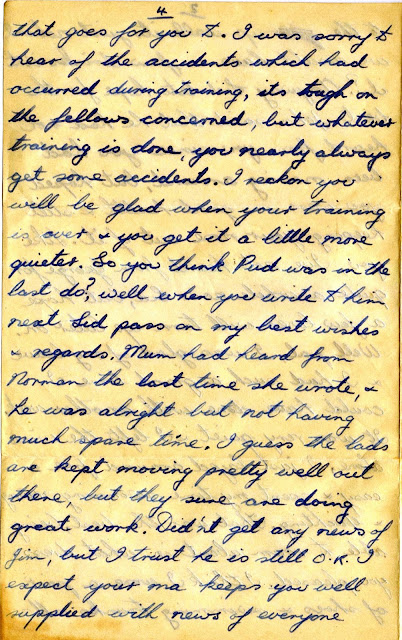 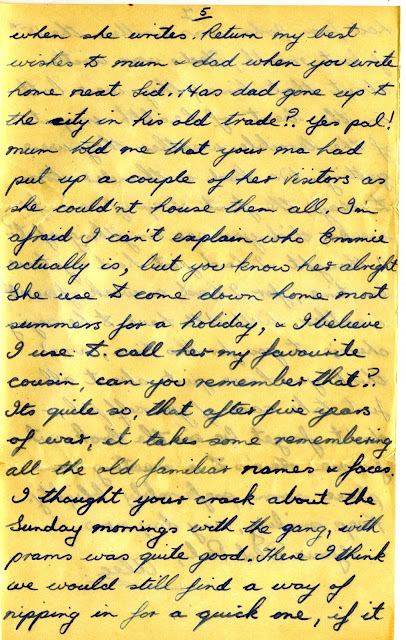 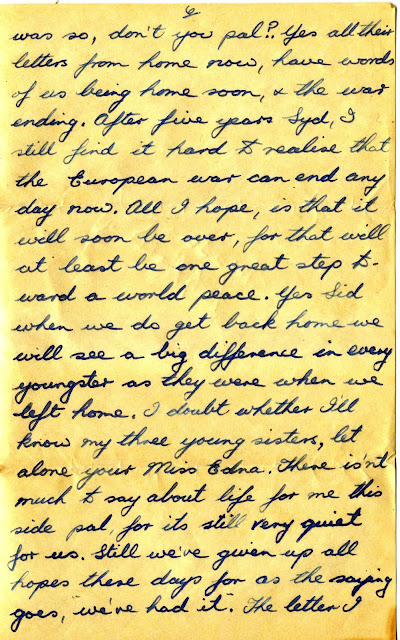 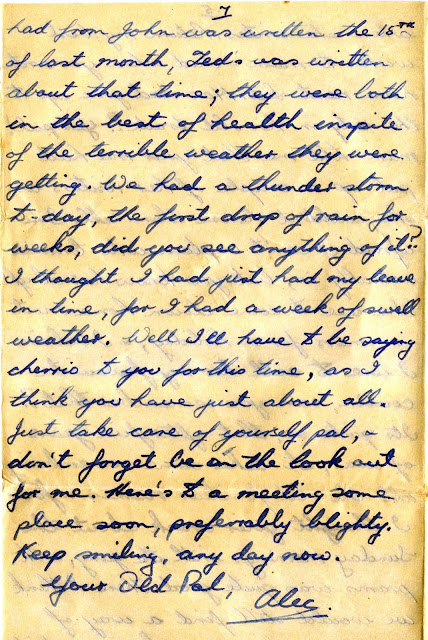 Thanks to some valuable input from the guys on the ww2talk forum, I now know much more about Syd Pullen.

He and my dad must have been childhood friends, as Syd was also born and raised in Sherborne, just a mile or so from dad. He had also been in a Heavy Anti Aircraft Regiment, but by mid-1944 many of these regiments were being broken up and the troops redeployed.

Syd was unlucky enough to join the 9th Battalion Royal Fusiliers as a foot soldier on the 11th July 1944. Within 10 weeks he was dead.

There were several battles for the Gothic Line, and Syd may have fallen on the 16th September 1944 near San Savino, east of the microstate of San Marino on the Italian peninsula.


The second letter is to Gunner Stan Davis, who I think was his cousin. 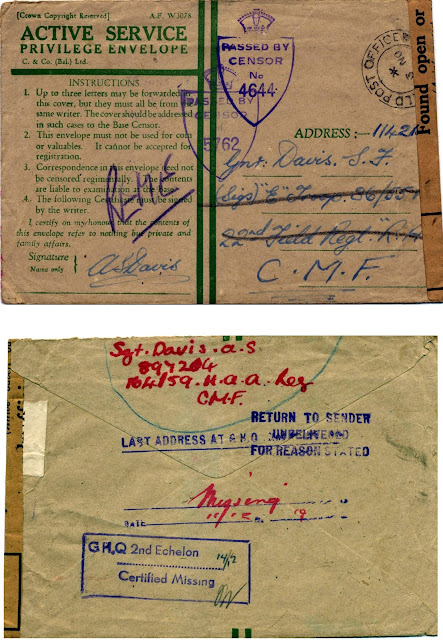 Dad mentions to Stan that Syd Pullen is missing. 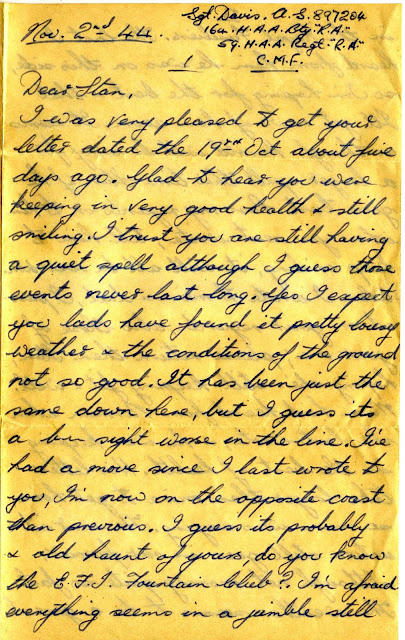 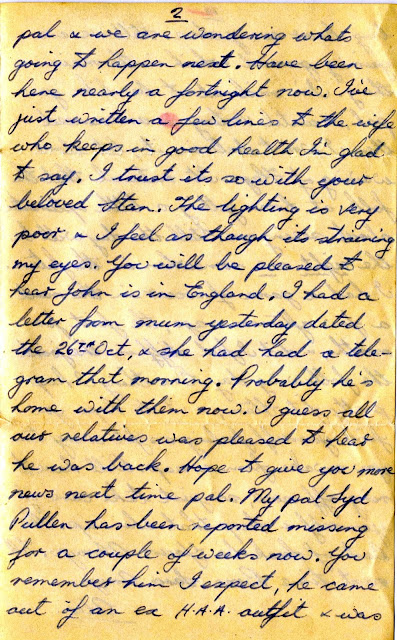 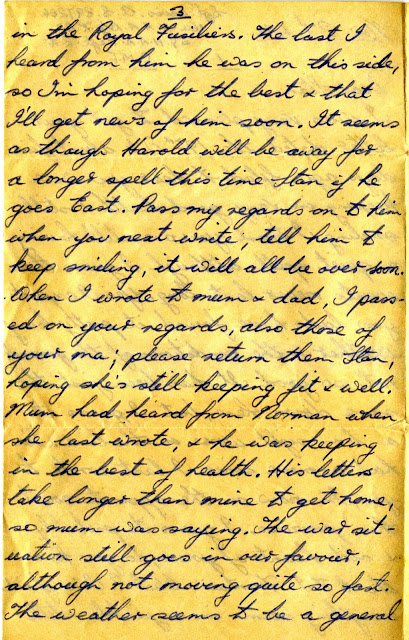 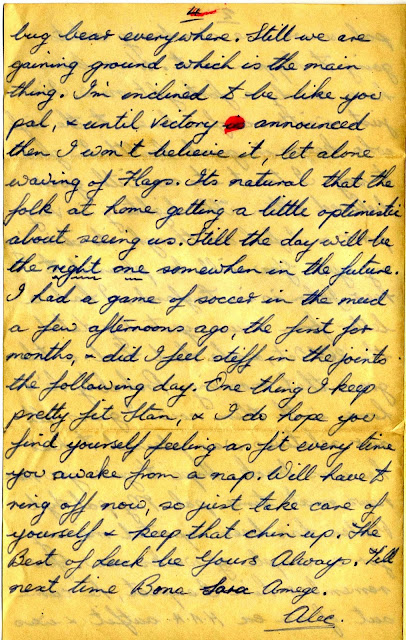 People mentioned in the above letter: Norman I think refers to dads brother, Harold may be Stanley's brother, and John is probably John Andrews. Dad always introduced John as his brother, because John had been adopted by dad's grandparents, and he had been so important and influential in dads life as a youngster.


As dad was writing this letter on 2nd November, Stan was already a prisoner of war. He was reported "missing" on the 26th October while the 22nd Field Regiment were in action on the Gothic Line. He spent the rest of the war in Stalag VII-A at Moosburg an der Isar in Bavaria. Stan's service number was 11421523 and his POW number 141716