1945: How did Churchill lose the General Election?


So why did the British people appear to reject him during the General Election, just a few weeks after the end of the war in Europe?

It does appear to be an unlikely scenario; a great war-time leader being rejected as soon as the job was done.

But if you look more closely at the lead-up to the 1945 election, it really wasn't a huge surprise. 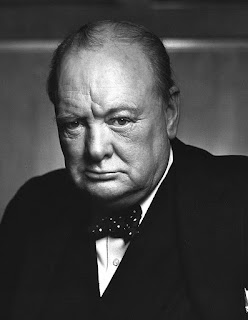 It may be a technicality, but we don't get to vote for our Prime Minister in Britain. We vote for a regional representative in the hope that they will become our Member of Parliament and protect or promote our interests.

Now its true that some people will vote for a candidate in the hope of securing a certain politician as Prime Minister. While others will vote to support a political group or ideology (e.g. Liberal, Socialist & so on).

When Churchill was given the 'top job' by Neville Chamberlain in 1940, he quickly formed a National Government. While the Conservatives were still the dominant group, Winston gave prominent roles within the Cabinet to Liberal and Labour MPs, with the leader of the Labour party (Clement Attlee) as his deputy. 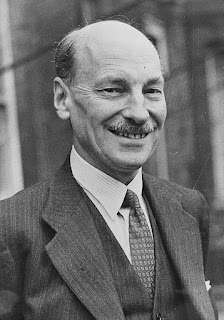 Labour MPs like Attlee performed their duties very well during the war years, and Attlee supported Churchill on many occasions when he was facing criticism from others.

The Beveridge Report (written by the Liberal economist William Beveridge) formed the basis for, what was to become, the National Health Service. It is no coincidence that in 1942, when this report was published, the national opinion polls started to register a swing in favour of the Labour party.

In the 1945 General Election, the National Government came to an end, and party politics returned.

Its generally agreed that the Conservative party did not run a good campaign, and that Churchill's use of the word "Gestapo" in relation to the Labour parties proposals on how they planned to implement welfare reform, was probably the final nail in their campaign coffin. Whether they were too confident of victory or just poorly prepared is hard to say.

Churchill stood as a conservative candidate for Woodford (Essex) and retained his seat. However, it should be noted that none of the major parties opposed him in his constituency.

But across the country, there was a huge swing towards the Labour party, giving them a Parliamentary majority of 145 seats. This should not have been a surprise. From about 1942/43 the Labour party enjoyed a lead over the Conservatives, according to "Gallop" public opinion polls. And by the beginning of 1945 (within 6 months of the General Election) Labour had a 20 point lead.

I would argue that the people of Britain were more engaged with politics during the war years and through the 1950s than at anytime since. For example, according to an opinion poll, some 95% of the population knew about the Beveridge Report within 2 weeks of its publication.

A large number of mainly young men and women joined the services and mixed with others that they would otherwise not have come into contact with. There would have been plenty of time to discuss politics and share ideas, and in the absence of TV, people consumed news via the wireless and the daily papers. Much of this 'news' was political commentary.

By 1945, 10 years had passed since the previous general election in 1935. This had been a decade of tremendous change, not just in Britain but in much of the rest of the world. This was the first opportunity for a new generation of 21 to 31 year olds to vote in a British election.

Following the 1st World War, people had been let down by (what they saw as) the political elite who had promised a country fit for heroes, but not delivered on those promises. So by the end of World War 2 there was a real hunger for social change, but could the people of Britain really trust the Conservatives or the Liberals?

The principle of Health & Welfare reforms had been promoted by the Beveridge Report. A number of recommendations were implemented during the war years, including maternity services, pensions, free school milk and meals.

But despite this progress, the general public thought that there was more chance of these plans being fully implemented by a socialist government, rather than the old regime offered by either the Liberals or Conservatives.

As the 40s gave way to the 1950s, there was certainly unrest in the country because there were food shortages and war-time rationing was still in place. So the electorate started shifting their voting patterns back in the direction of the Tories.

Notice that the voter turnout in 1950/1 puts modern day voters to shame. Also, in 1951, Labour secured more votes but not a majority of seats in parliament.


However, the Labour party was still in a strong position, while the Liberal parties never really recovered.

Churchill retained his popularity after the war, and led the Conservative party back into power in 1951. But the people had clearly voted for social change in the immediate years following WW2 and had at least gained the benefit of a National Health Service as a result.