Dad once told me that he got his driving license in the war. He said he just had to drive a motor bike around a field; if you didn't fall off, you were given a license. 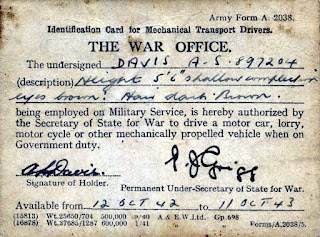 This description could presumably apply to thousands of troops at the time. 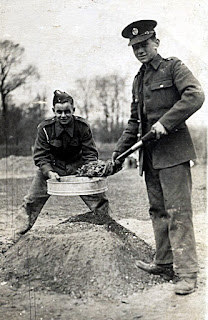 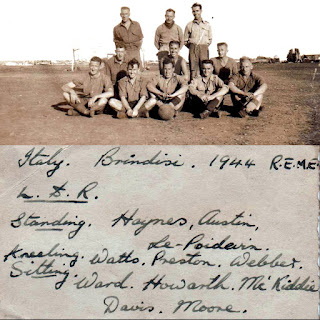 Dad was keen on football and seems to have played for this REME team (Brindisi, Italy 1944).


If they are in their playing positions, dad must have been the 'inside-left' 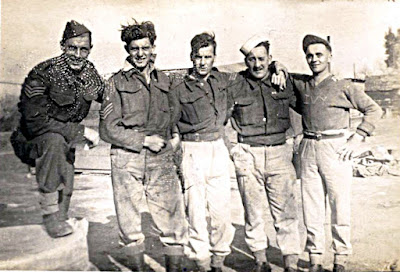 That’s dad on the right, wearing a top with “IVY” stitched on the front (Italy 1944) 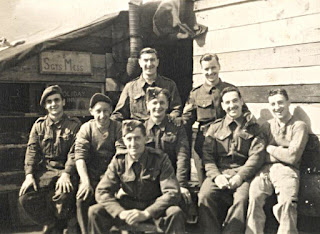 164 Battery 1944 (Italy). By this time, none of these guys are working in the Gun crews; I wonder what their jobs were?

On the rough building behind dad are 2 signs:-
- B Sgts Mess
- Holiday Inn 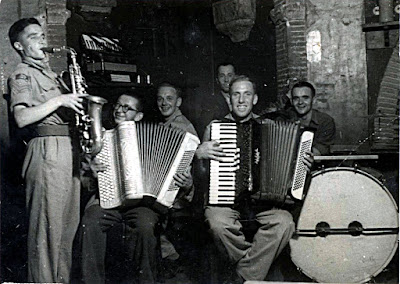 Dad did play the drums in the Boys Brigade, but are these jokers playing or are they just posing? (Italy 1944/5) 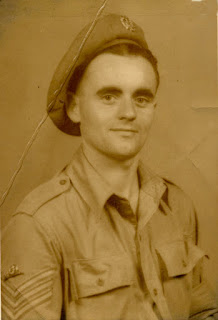 
This photo was posted back to mum.
On the back dad wrote:-


all my love darling.


your Own Dearest Husband 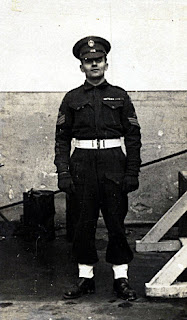 Dad is wearing gloves in this photo taken in January 1946, so initially I thought he was back in England.
I now know he was still in northern Italy with the Venezia Giulia Police Force (78th Regiment 700th BTY RA Auxiliary Police, CMF). 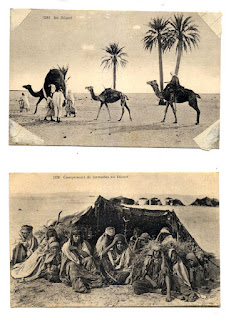 He wrote on the back:-

Do not take too much notice of this card dearest, as I have not rode a camel yet.

A typical camp of how the natives live, some far worse.
Yes darling this card makes it look as though they are living in palaces. Above all it would be quite that number in one shack as we call them.


How about the idea for our bungalow darling?


I think dad also bought back quite a few cards and photos from/of Italy and North Africa just as souvenirs. Most were black & white, but he also had a collection of 6 coloured cartoon style post cards from Rome in a paper wrap; 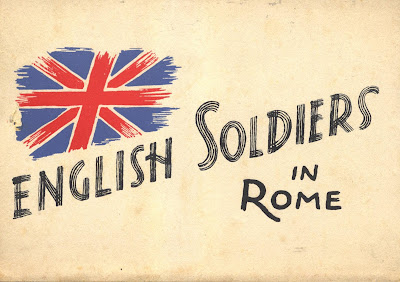 The artist didn't have a clear idea of the Union Jack flag, and probably couldn't work out why some "English" soldiers wore skirts!

Written on the back of each card is a location and short description. 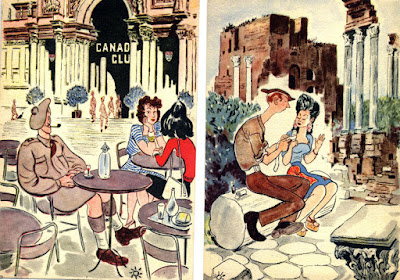 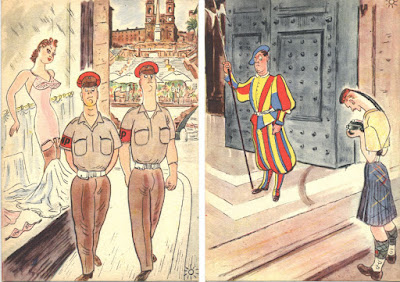 
Here is a very curious booklet, originally held together with a single staple. 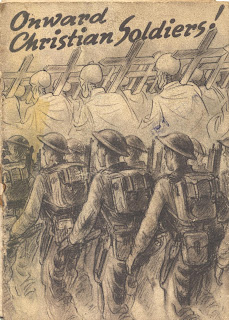 This strange booklet is simply described as:-


Some of the poems are dark, like this one, which goes with the cover illustration; 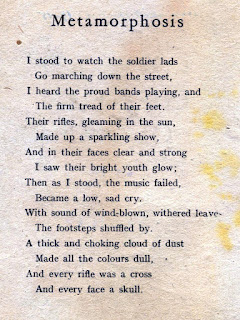 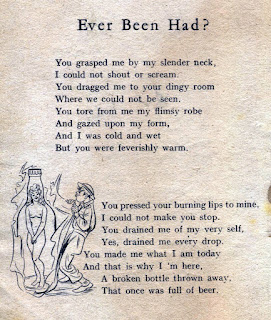 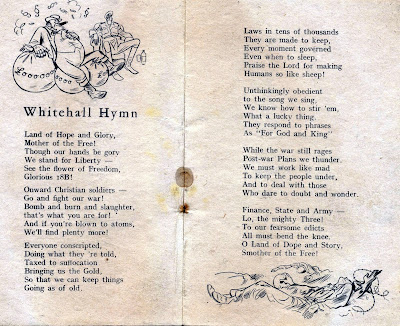 ...and a couple are probably no longer acceptable.

Thanks to someone called "Lee" on the website: ww2talk I now know that this was German propaganda.


It is a German propaganda pamphlet produced in January 1945 by the SS-Standarte Kurt Eggers Division, specifically the Südstern section - Southern Star. 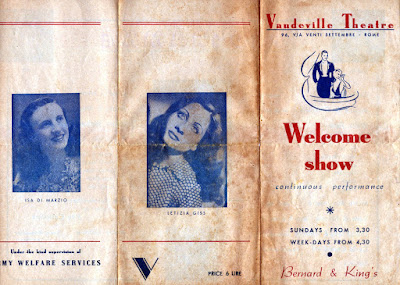 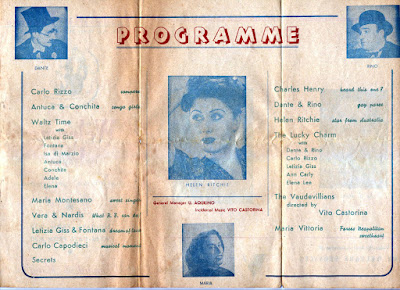 Note: the left panel (in the top illustration) should read: ARMY WELFARE SERVICES