A few years before he died, I remember dad saying that he regretted going to war and “...wouldn’t do it again”. I don’t know exactly what he meant, but I know that he was appalled by the death and suffering of so many men, women and children. He, and his mainly working class fellow soldiers, also expected Britain to be a very different place when the war was finally over. Maybe the post-war reality didn’t match up to the expectations of those battle weary, idealistic, young men.

When Winston Churchill and his Tory party were swept aside in the post-war 1945 election, the “chattering classes” seemed genuinely surprised. Despite Churchill’s success and his general support during war-time, the returning British troops demanded change.

They no longer wanted to be ruled by wealthy, upper-middle class men, and to be taken for granted. Many of them had been through hell, and of course many of them lost friends and comrades in the conflict. Now they demanded social reforms, and believed only a Labour government could deliver the new Welfare State proposals outlined in the Beveridge Report; free medical & hospital treatment, family allowances and a state pension.

Many young women also found that they were capable of doing work previously considered to be the domain of men, and they too expected change.

Churchill was a glutton. While his government ordered rationing for the ordinary people of Britain, he continued to consume vast quantities of fine food and alcohol. It would have been better for his public image, and his personal health, if he had followed the diet imposed on the general public, and lost a few pounds along the way.

The very idea that “...we are all in this together” was laughable. Ordinary men, women & children suffered and paid the highest price, while the wealthy and the well connected ultimately benefited the most.

While the age of deference was not quite dead, it had been badly wounded.

Before the war, dad had worked in a factory making leather gloves. When he was Demobilised in 1946, he was almost 25, with no real qualifications. This letter of recommendation shows he had little to back him up when applying for work; 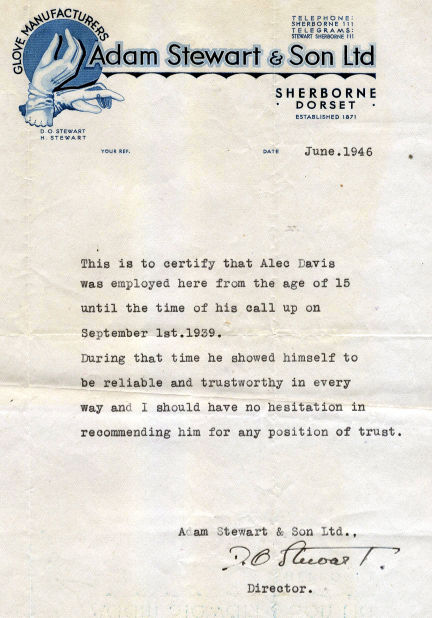 I remember mum telling me that dad had problems finding a suitable job after the war, when he returned to “civvy street”. He famously started work on a building site one morning, only to come home at lunchtime, never to return. I can imagine that having risen to the rank of sergeant, with all the responsibility that that involved, and then to find himself at the bottom of the ladder, and taking orders from people that may have managed to evade wartime service, was just more than he could bear.

Dad was hard working (never happier than when shovelling sand & cement for some DIY project) and his rank in wartime indicated that he was an organised person and probably a good man-manager. But it may have been a while before he settled into work that he was reasonably happy with.

Dad joined the local South Benfleet branch of the British Legion after the war, and became Chairman during the 1960s. I believe they closed down in the 1970s, due to a dispute over the British Legion Hall they were using (I think they believed they had been given the hall on Vicarage Hill, but a sports club, who also had use of it, eventually took control and threw them out).

But I can remember being involved as a child with Legion fund raising events; summer fêtes, jumble sales, Poppy Day collections and social evenings. I especially remember Tombola nights (now more popularly known as Bingo) where dad was a great caller (the person that shouted out the numbers) and knew all the war-time Bingo Lingo. My favourites as a child included; “Legs” (11), “key of the door” (21), “Heinz varieties” (57), “Was she worth it” (7 & 6, 76) and “Two fat ladies” (88). Clearly dad devoted a lot of his spare time (and mine!) supporting this charity.

Dad was a socialist, and was a life-long Labour party voter (although mum used to vote Tory just to cancel out his vote!). A few days before he died in May 1997 he told me he would have voted for the Referendum Party in the General Election held on the 1st May, if he had been able to get out of the house.

I was able to tell him that that was how I had voted. It was the one and only time in our lives where our political views had aligned...

...but we got Tony Blair anyway! 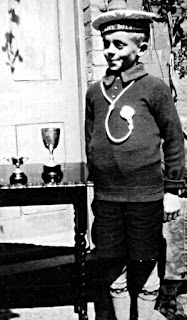 As a young lad, dad was a keen member of the Boy’s Brigade. 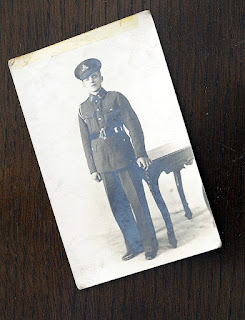 So I can imagine how eager he was to sign-up for the real army (...the Territorial Army) at the age of 17, and I’m sure he put his heart and soul into it.