Advice for husbands & wives coming home from the war


In the early years of the war there was a huge rise in marriages. Just like my mum & dad, many must have decided to marry just months before being posted overseas. 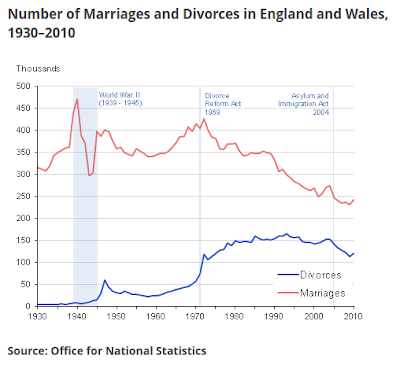 Among my parents things I discovered this little pamphet, which I guess was widely available at the end of the war. It is an amusing read in many ways, but there were very real problems for young couples that had either married before or during the war years.

Many had been separated for years, and during the interval, had matured and changed significantly. Such forced separations are relatively rare now, but would have been commonplace back in the early 1940s. 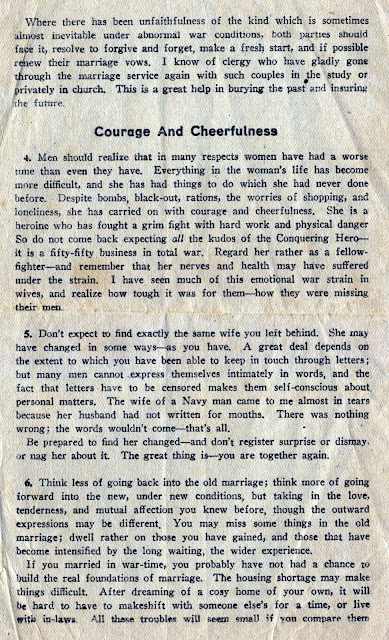 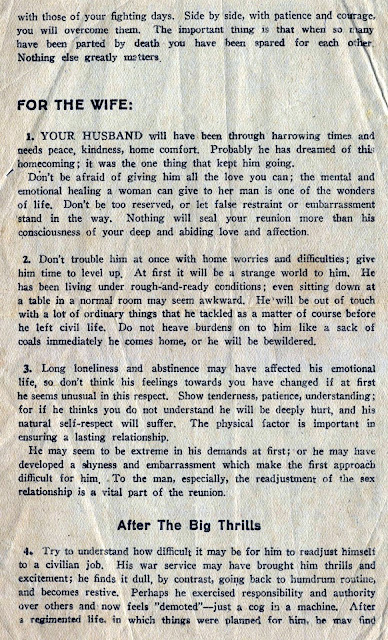 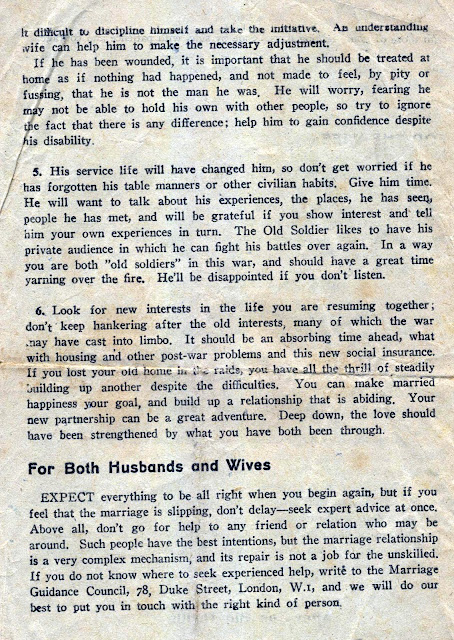