Dad's service in the Boys' Brigade


Reaching the rank of sergeant in the Boys Brigade; 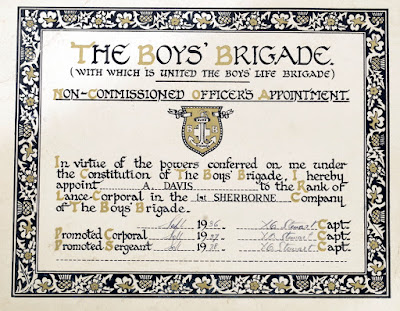 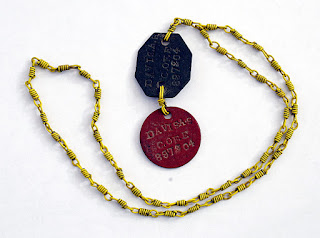 When you were called-up/signed-up for military service, they always asked for your religion. If you said “none” they always stamped your ID with “C of E”.


The reason there were 2 ID tags on the same chain is that if someone was killed on the battle field, the red tag was cut off and used to record the death, while the green one was left with the body for burial details (e.g. grave marker).

I understand these tags are made from vulcanised asbestos, but have been unable to establish whether they represent any kind of health risk or whether the asbestos is inert. Asbestos is a generic name for various types of fiborous minerals which have a sharp, needle-like structure. These fibres can became embedded in the lungs if inhaled and the body is unable to deal with them, often with fatal consequences.

Rising through the ranks


Judging by the information on the Army website ( http://www.army.mod.uk/structure/32321.aspx ) it can take a regular soldier many years to achieve promotion to the level of Sergeant during peacetime. But things clearly move quicker during wartime. 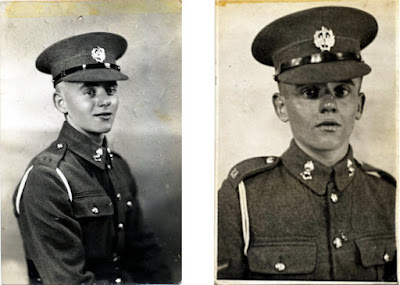 From a Gunner in 1939, through Lance Bombardier and Bombardier, to Sergeant in August 1942.
He was granted war substantive rank of Sergeant (w/Sgt) on the 19th January 1943. 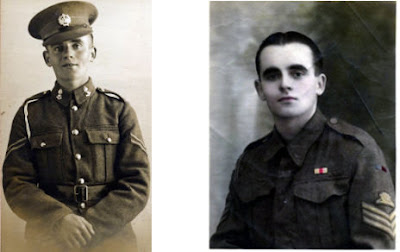 As far as I know, progression through the ranks from basic "Gunner" normally followed this sequence in wartime:-

To make matters even more complicated, my Dad's service records include the following entries:-


Dad's release papers include a simple report (rather like a school report).

I can only assume "sober" had a different meaning back then!


From left to right (in order of wearing); 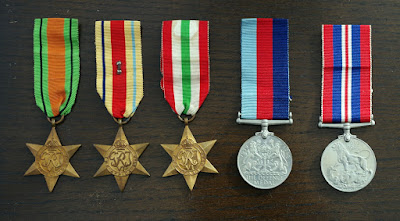 Note that the ribbons for the 1st and 4th medals have been accidentally switched (i.e. sewn onto the wrong medals). 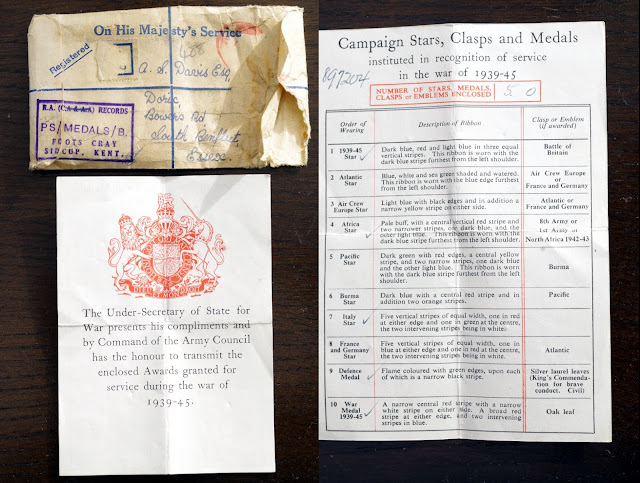 This medal seems to be his reward for signing up to the Territorial Army at the age of 17. 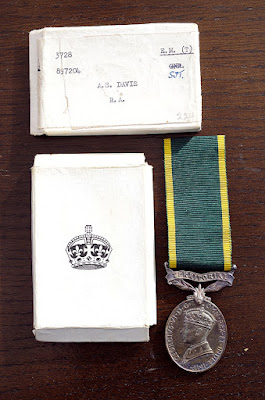 It is his only medal to include lettering along the edge:-


I think SUT = soldier under training 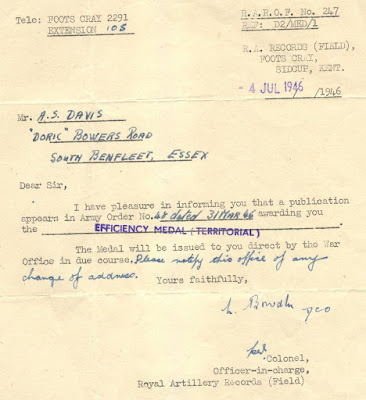